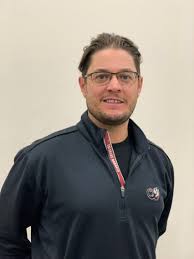 Raether is managing partner at FAST Performance in Denver Colorado. Raether has been the Head of Sport Performance for the Colorado Mammoth Lacrosse team of the National Lacrosse League since 2007. During this 11 year stint the Mammoth have reached the playoffs in all but one season.  During his tenure with the Mammoth the team has produced one NLL MVP, Rookie of the Year, Goalie of the year, Transition Player of the year as well as numerous all-pro’s.   He served as the Education Programs Coordinator for the National Strength and Conditioning Association from 2009-2011.  His coaching career which spans nearly 20 years includes stints at the University of Denver and the University of Nebraska Kearney.  Raether earned his bachelor’s and master’s degree in exercise science from the University of Nebraska Kearney and is a certified strength and conditioning specialist with distinction (CSCS*D), tactical strength and conditioning facilitator with distinction (TSAC-F*D) and also a registered strength and conditioning coach with distinction (RSCC*D) from the NSCA.

Raether has co-authored the books 101 Agility Drills, 101 Sand Bag Exercises, and was also a contributing author for Fit Kids for Life, Developing Agility and Quickness and Core Training for Sport.  He is published numerous peer reviewed articles and popular literature contributions as well as training DVD’s.  His is a highly sought-after presenter who has presented nationally and internationally in the area of sports performance and also served as a consultant to the Chinese Olympic Committee, The Chicago Tribune, New Balance, Men’s Health, SOBEFit Magazine, 9 News Denver and Wellness News. He has trained athletes at all levels including high school, NCAA, NHL, NFL, NLL, MLL, MLS, World Cup Skiing and the LPGA.  His coaching accolades include numerous all-Americans, over 15 conference championships, and more than 10 individual or team collegiate national championships, as well as two Olympians which included an Olympic Gold medal in Torino.

Your experience on this site will be improved by allowing cookies.